It's Christmas at AGDC!

I’m sure you’ve all heard the news by now- AG wants to retire Felicity Merriman, one of the best loved dolls in the AG collection. It may not be shocking to some of you- you saw it coming. Others, however, were taking by surprise of this news and thought it might be Molly who was going to be retired. You may think, “Oh, they took Sam and Kirsten. We can’t stop them.” But can we? Check this out:

” In the year 2002, Felicity and her outfits, accessories, and furniture were removed from the mailed catalogs and relegated to online ordering only. Felicity had been effectively discounted as a full member of the American Girl collection. This decision on the part of Pleasant Company had saddened many in the American Girl collecting community, especially those who had collected Felicity or were considering collecting her. However, in 2004, because of incredible negative feedback from fans of Felicity, and because sales of Felicity items at the new AG Place New York were very good, Pleasant Company decided not to retire her!In fact, in August 2004, three of Felicity’s previously retired items were reintroduced. Her School Outfit, Colonial Undergarmets and Shoes, Stocking, and Grater set became available again. In September 2005, the company introduced Elizabeth Cole and a new TV movie of Felicity!”
– Complete Guide to American Girl Collecting Website by Curt Danhauser

So….maybe….is it possibly possible that we can do that again?
One of the reasons it is so sad is because Felicity’s time period is one of the most important to American history. Every historical doll collection, in my perspective, needs a colonial girl. Rumor has it that AG wants to replace her with a Wild West girl. Many fans think that is strange because Nicki was already kind of like that in a way. I think that Felicity can’t be replaced in a way that fans will like a new doll better. What do you think?

We all know that American Girl has awesome but expensive beds. Where can you get even cooler beds for less money? Here’s the place:

No kidding! They are really neat! Check some out:

One of the cool things is that instead of being made in a factory, these beds are handmade and painted by a woman and her two children. The beds are very nicely made, and you can buy them with or without the bedding. The beds are less expensive then those at AG, and if you ask me, I’d probably prefer to buy on of these than some of the AG ones.

Leigh has just started selling these beds, and a lot of people don’t know about it yet! So, head on over to the site and check out all the cool beds just for dolls!

Hi! As you know, I got InnerStar U! I want to make a little photo story about it. Until then, here are a few photos. Also, some of you had said that when I get one, to tell me what my username is so we can become friends. It is: Eva10
I accept all friend requests though I would appreciate if you told me who you are on my blog, that way I know who’s who. 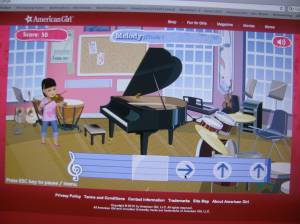 BOUNUS: Have any of you heard of American Girl Fan Message Board? Well, I joined! My name on it is MadelineAGDC. My good friend Hannah made a welcome post about me. Thanks, Hannah!

Filed under: Uncategorized — Madeline@AGDC @ 9:35 AM

Hey! Are you eager to learn about all the fun things my dolls did at the beach?

Well, then head over to my Picasa and follow Samantha and Josefina’s day-by-day journal of their adventures and stories that you’ll love to hear. 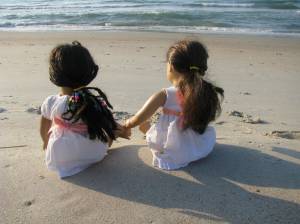 Oh and hey, guess what? My InnerStar U came! I am going to make a photo story on here AND Picasa all about it! How do you like that?